The last Saturday in April is designated by the World Health Organisation as World Tai Chi and Chi Kung Day – so this year we decided to have a festival of Tai Chi and related arts at the Community Hall in Shefford.

And it was BRILLIANT! 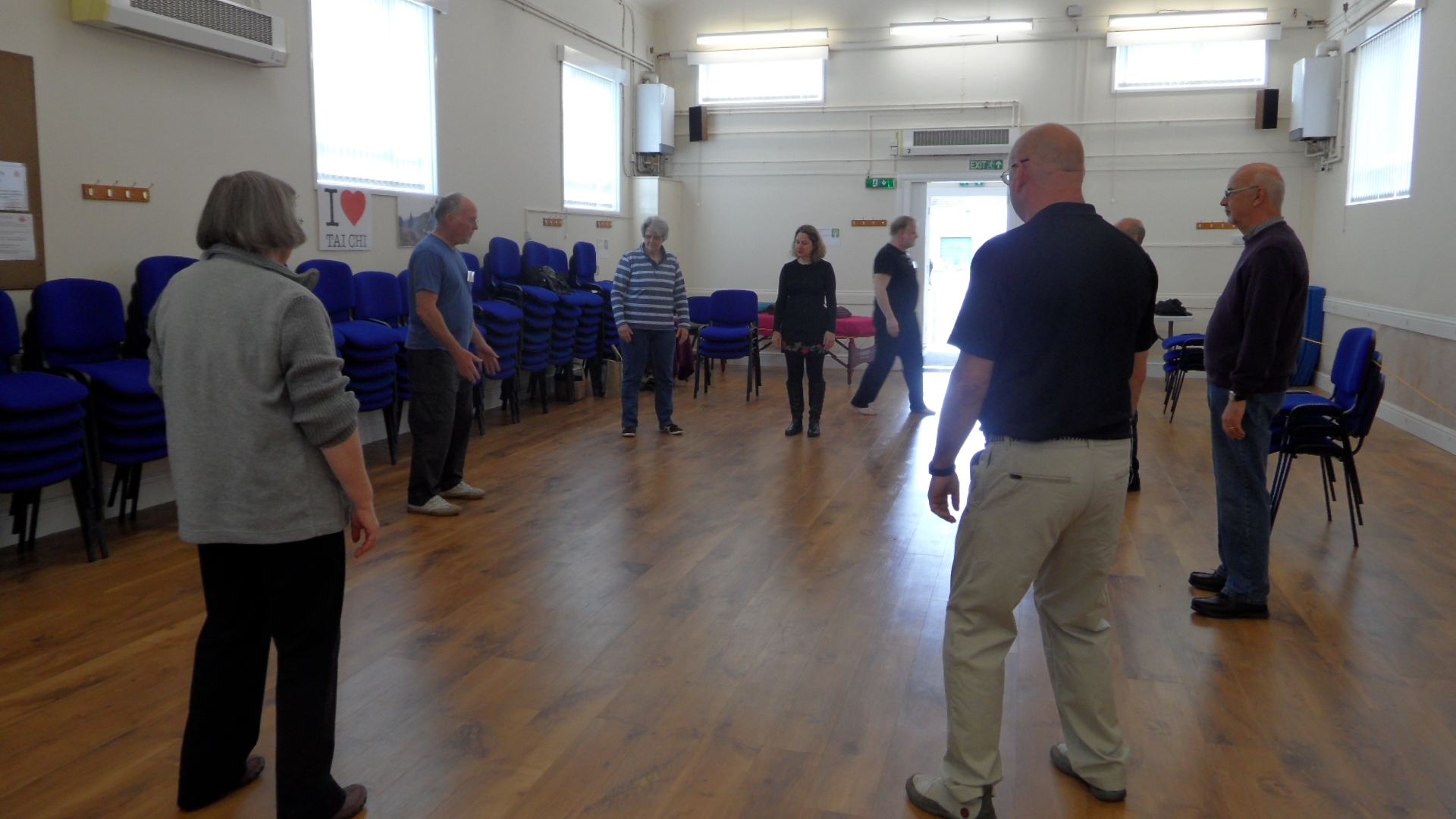 As a first event we set our sights high but our expectations low – both were exceeded – we lost count of the number of visitors and were totally impressed by the enthusiasm of the demonstrations. For those who dropped in on spec the atmosphere was warm and friendly with a multi-generation make up – so much a community event.

The Tai Chi demos took the form of a short beginners class with lots of people joining in and some demonstrations. This was the sort of class that beginners can expect at classes in the afternoon on Mondays and Sunday evenings at the Community Hall. 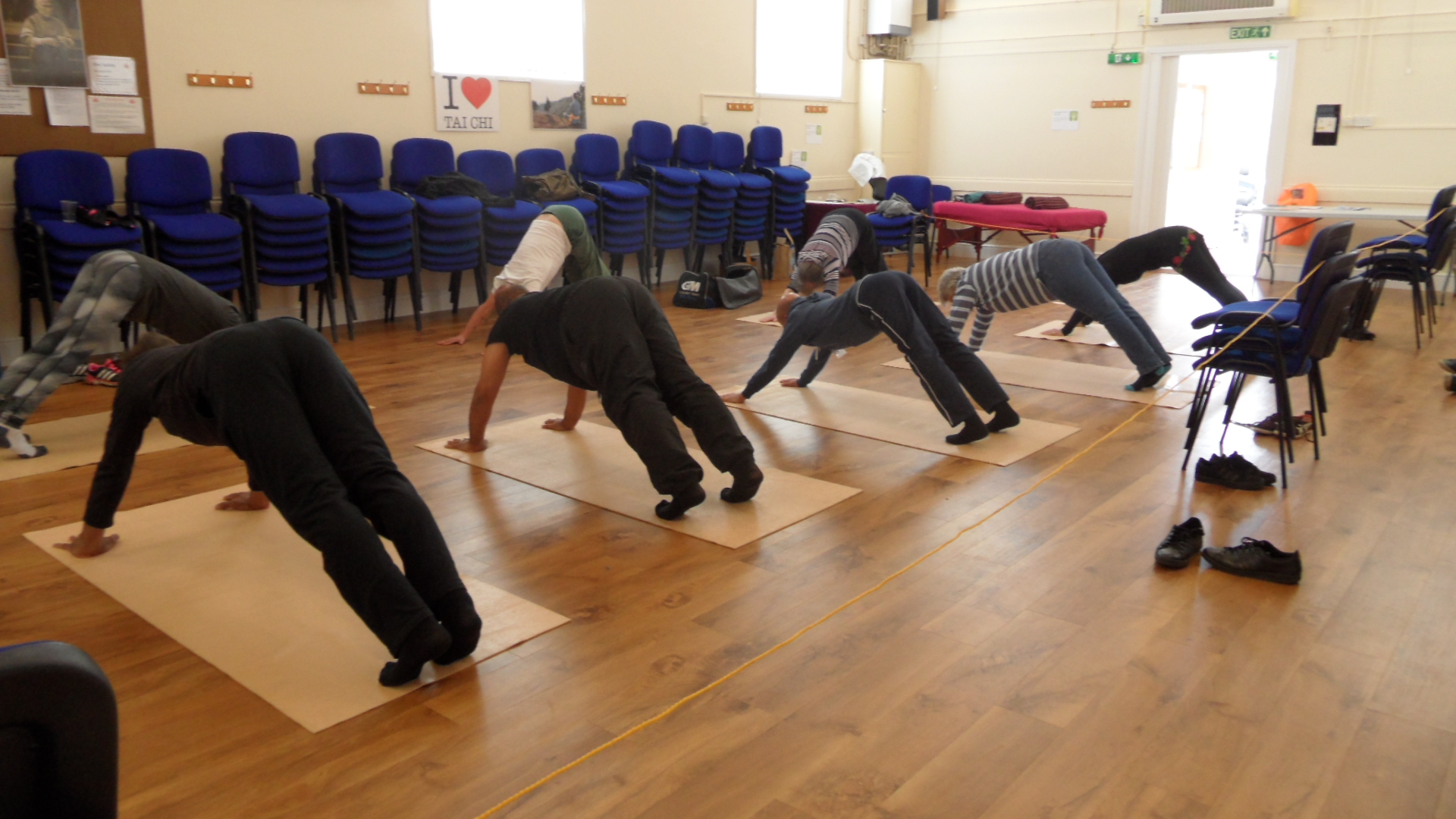 Les Hummel was our first guest and he took a taster class of Yoga through 1/2 hour of exercises and I started to notice what was to be a trend over the day – so much of the Yoga overlapped with Tai Chi in particular and other demos in general – these activities really are complimentary to each other and to the health and fitness of the human body and mind.

David Sheppard offered massage tasters all day and had a constant flow of takers who got up from the couch looking so relaxed it was wonderful to see. 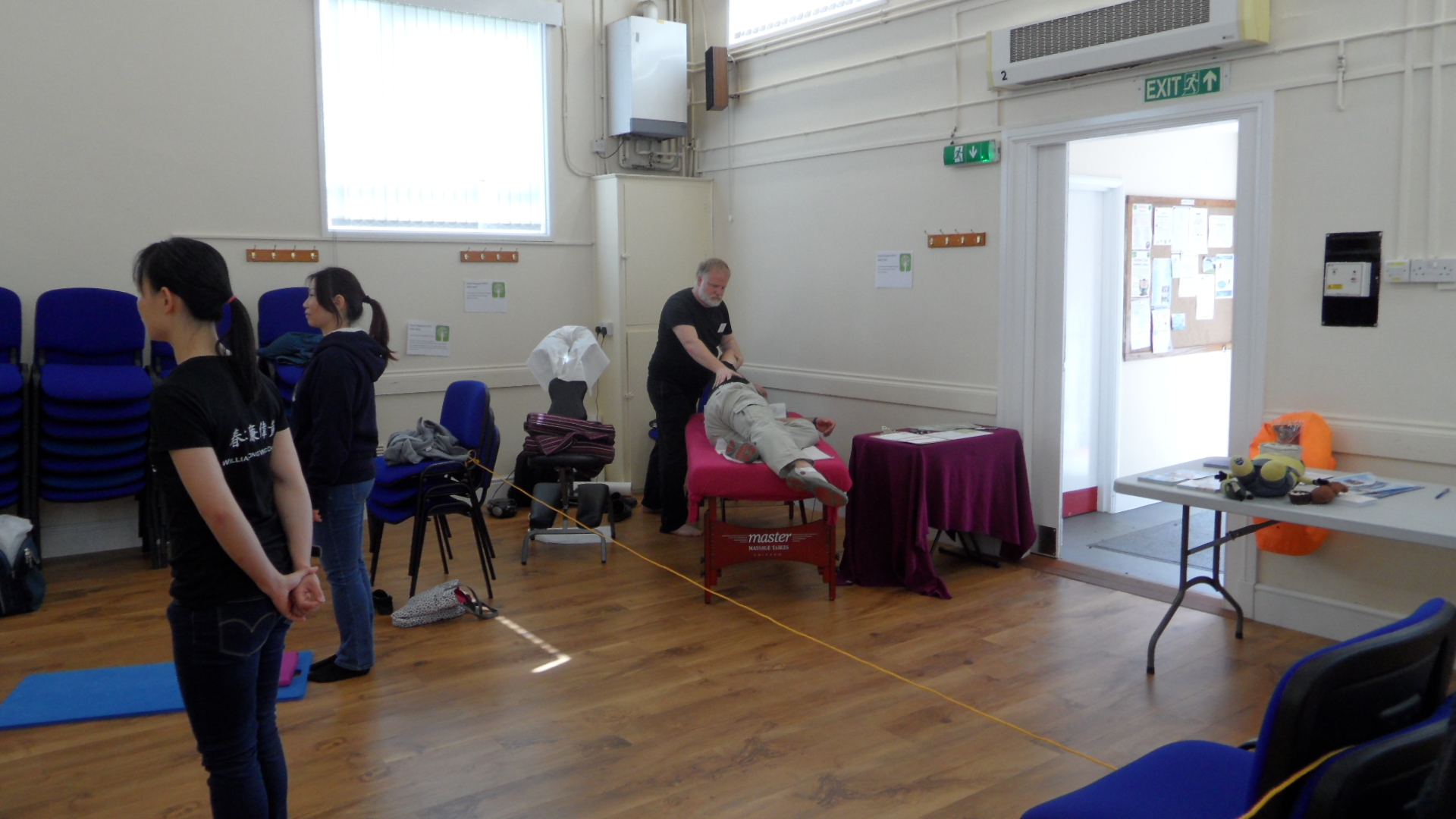 Next up was a delightful group of Wing Chun students from young to a bit older – an exciting and high energy demo for the martially minded under the direction of Master William Wong. 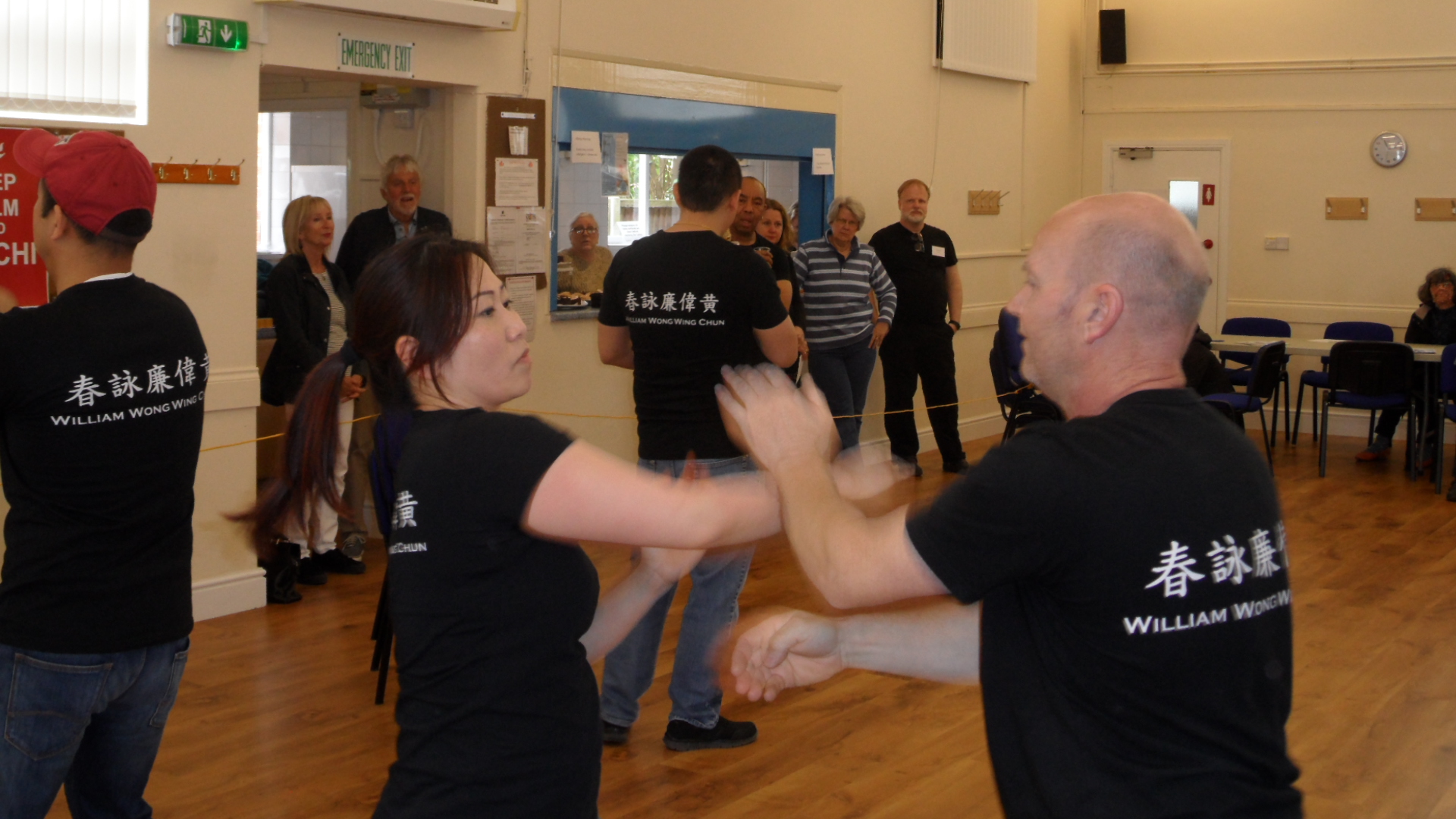 Shash Gajjar followed on with a Pilates class for anyone keen to try – Shash did some detail body work with the group and I think all were impressed. 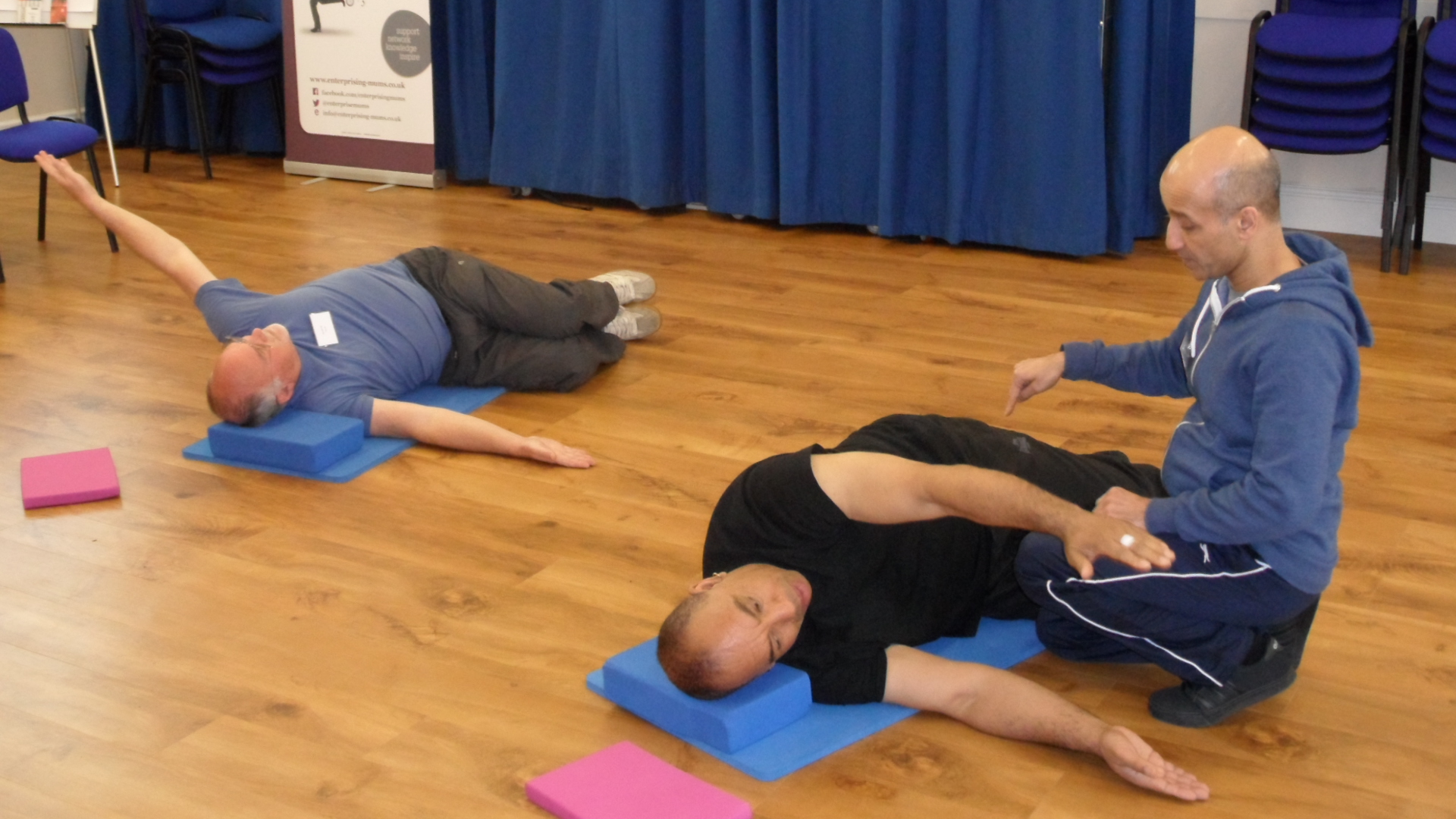 More Tai Chi with on the spot exercises for relaxation and mobility followed by some Tai Chi slow walking and a demonstration of the form.

My friend and colleague Judy Hammond took over with a class on Alexander Technique where she worked with individuals on their posture and took us all through some partner work. Judy and I regularly run joint seminars and have a residential retreat coming up on May 12 to 14 – there are places available – see here for details. 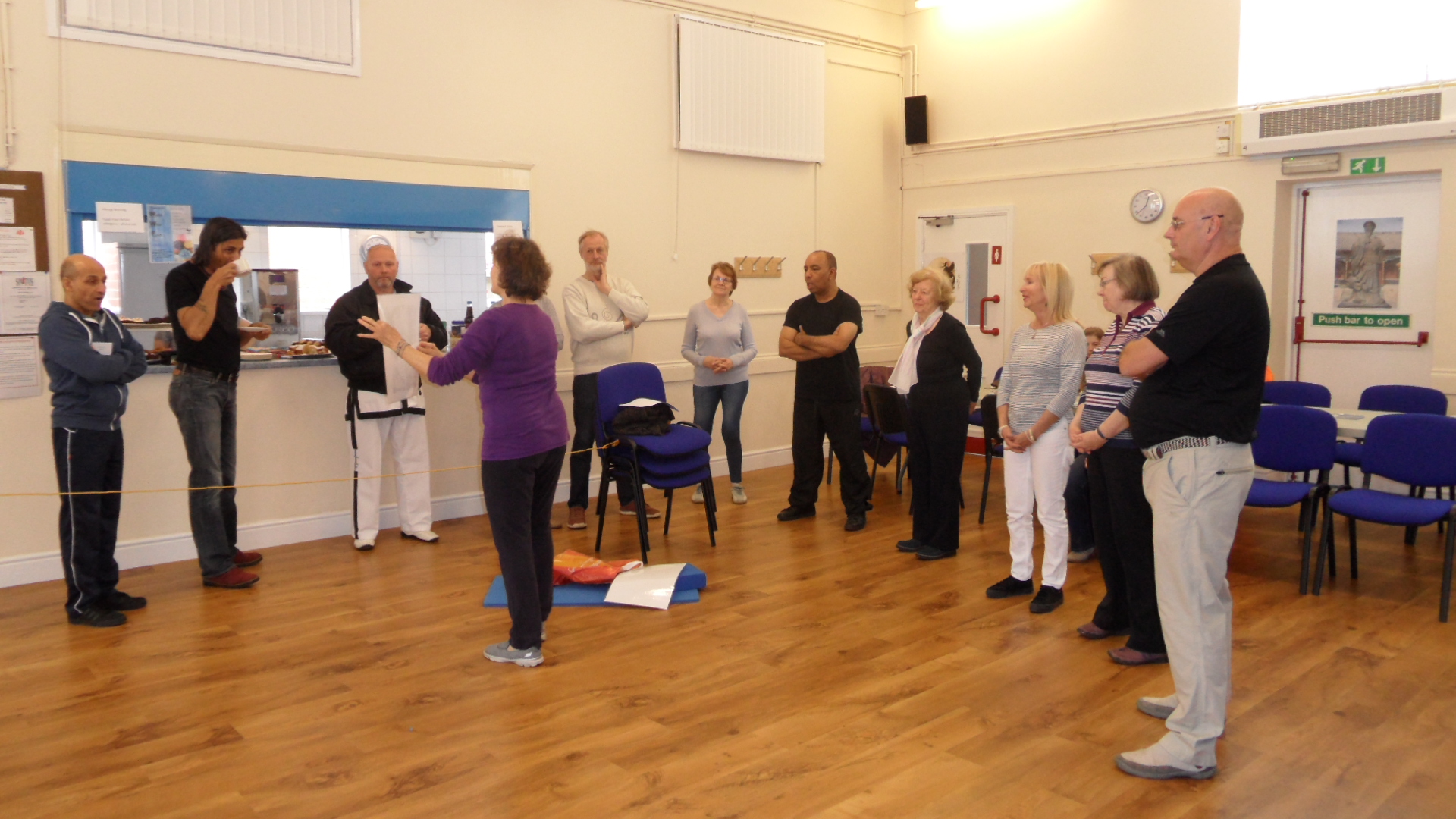 A quick Tai Chi class with a request from Shash to see “something more advanced” so I did a fast demo of the Chen style Broadsword form which seemed to be enjoyed by all.

The Community Hall Taekwondo group led by their fourth degree instructor Tom Delve took us back up the energy level with a routine that culminated in a brick breaking demo – do not try this at home kids! 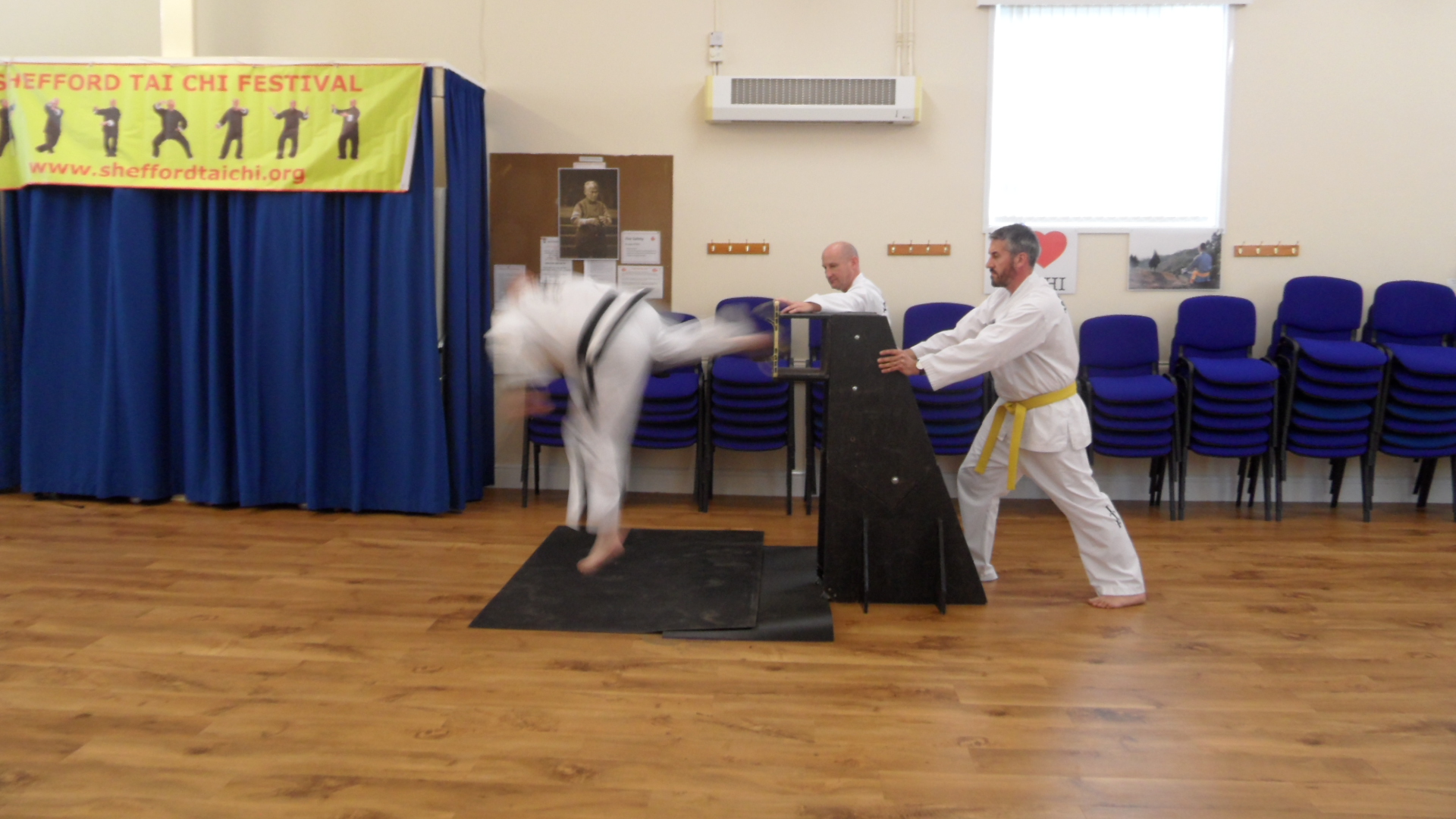 Bringing us to lower energy there was more Tai Chi – where did all this Tai Chi come from? Well for those that were interested there was a history chart showing where and how it developed since the early 1600s.

Back up the energy ladder with Thai Kickboxing by Master Miggy Marcantonio and a brilliant class of enthusiastic young students really going for it for 1/2 an hour non stop. 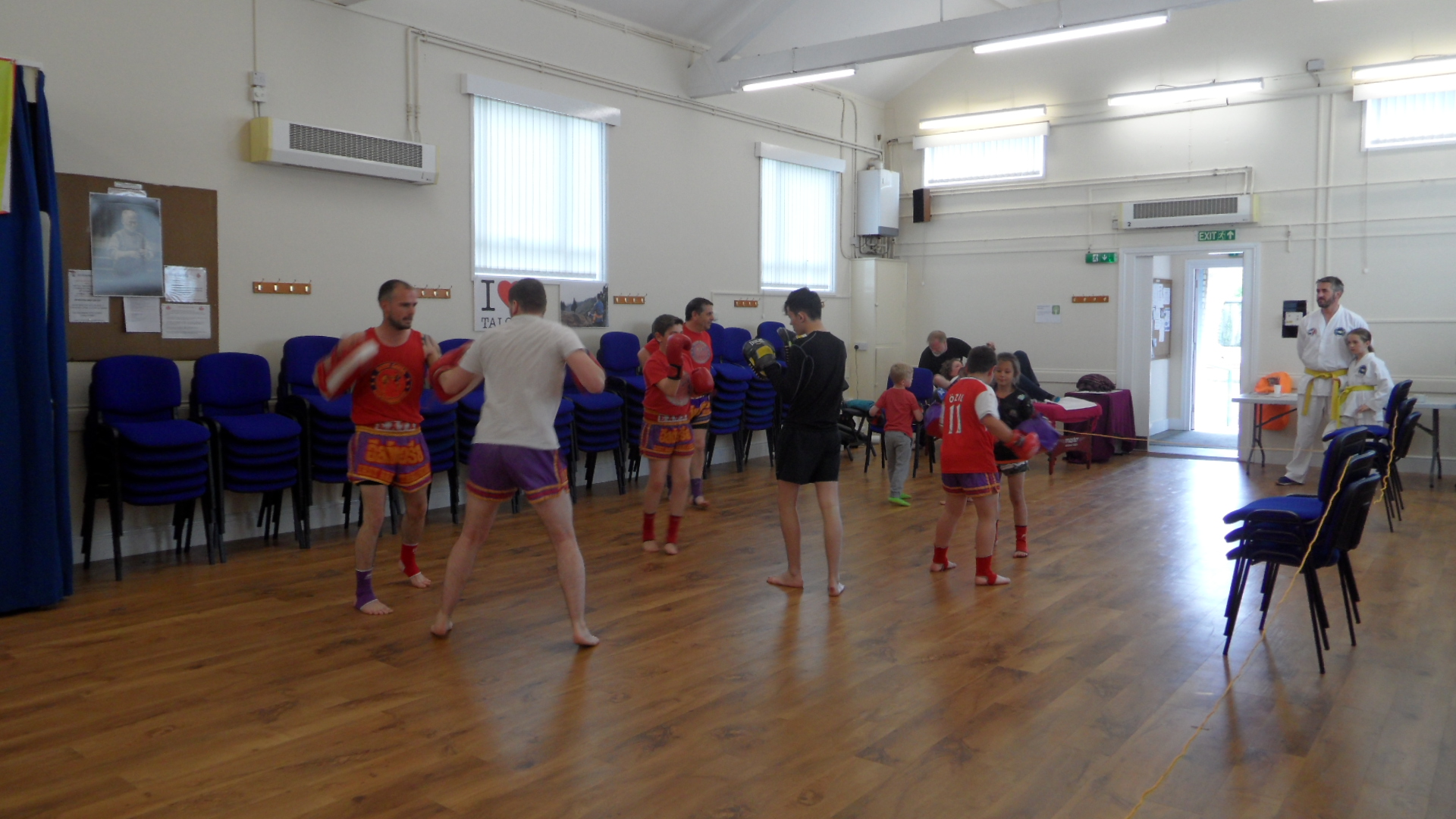 The last demo/class of the day was another Tai Chi class to finish off a very successful day. 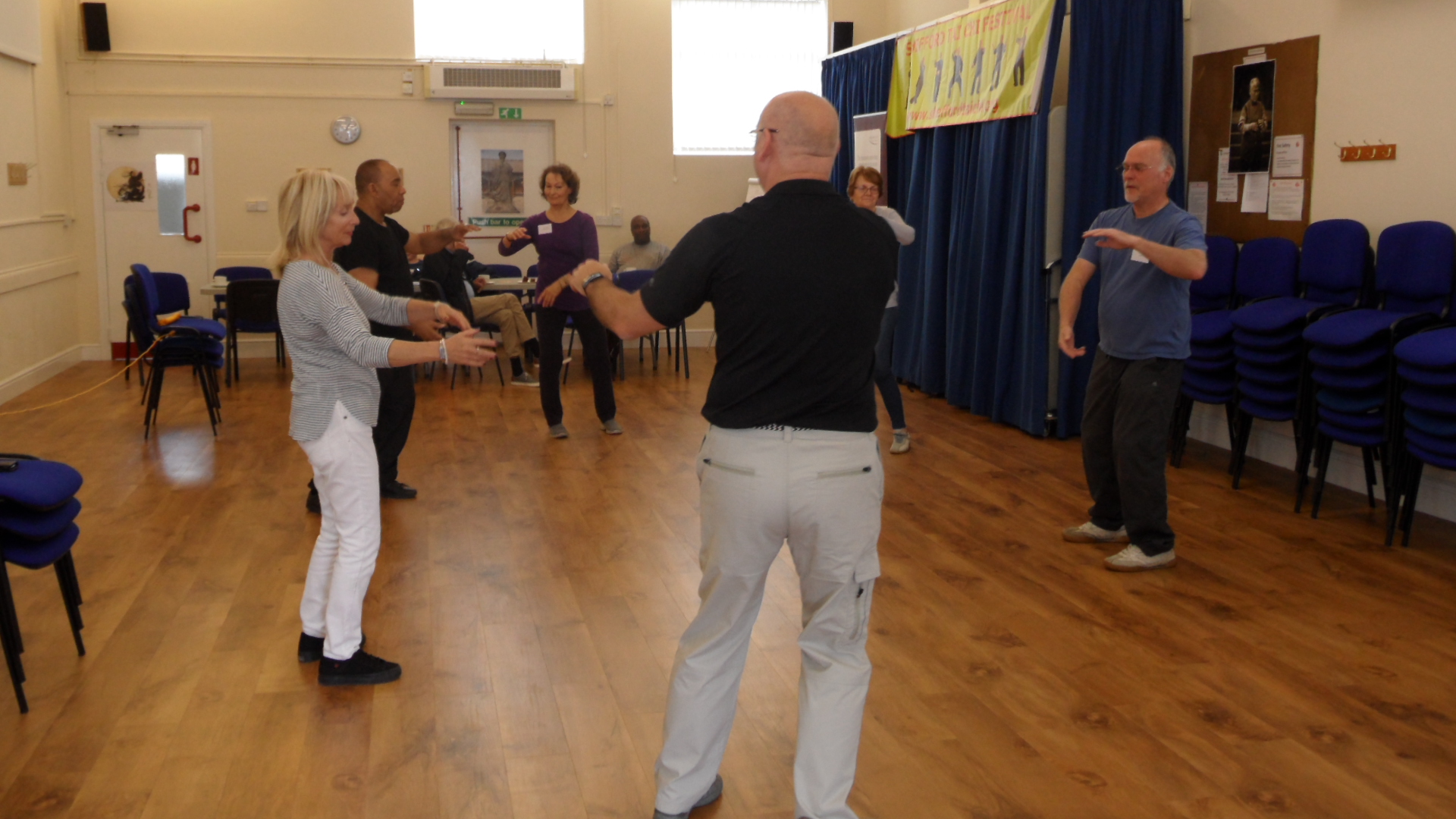 Many many thanks to all who gave up their time to demonstrate and take classes – and of course to all our visitors.

Also of course a personal thanks to everybody who gave their time ( and donated cakes! ) in the organisation and running of the day – what a fantastic team support – thank you.

Finally thank you to everybody who donated to charity for their tea/coffee and cakes – we collected over £73 which will be split between the World Wildlife Fund for Nature and a local charity for the Homeless.

Next post: Classes and events over the Christmas period 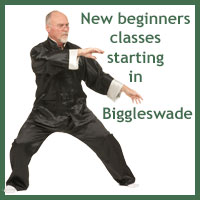